Adair Landis braced himself on the bed as he gulped in a lungful of air. The scent of perfume and passion spurred him on, and with a few satisfying thrusts, he collapsed onto the quivering body of an obliging, young widow.

That had been a pleasant treat.

He lay there motionless for a minute or two until his heart rate settled, and then he rose from the bed. It was time to go.

He fumbled across the darkened room to find his shirt thrown over the nearby chair, and drew it over his head. Through the cloth, he heard his partner’s muffled sigh. “Oh, Adair, you were wonderful. I never dreamed it could be like that.”

Of course she hadn’t. But she’d been hoping. Dropping hints for several weeks, as a matter of fact. It wasn’t until today that he’d decided to accommodate her. “I’m glad you were pleased.”

She hummed her agreement. Then, in a tentative tone asked, “Can you untie me now?”

To read more, purchase Dare to Love at:

I confess, I loved Fifty Shades of Grey. Granted it could have used a good editor…and the thought that a 27-year-old guy could be a billionaire, accomplished in flying, sailing, dancing, playing the piano, food, wine and still have time to be a sex-crazed dominant was a little far fetched. But I loved the humor and I especially enjoyed the musical soundtrack. It helped set the mood for all their naughty little adventures.

So when I wrote Dare to Love, I created a playlist. It gave my characters a certain depth and tapped into the emotions of the scenes. I’ll admit, it’s a weird assortment and you may not recognize all the songs*, but you’ll get the idea.

* I’m not web savvy enough to know how or IF I can link songs, but you could search Rhapsody for snippets. 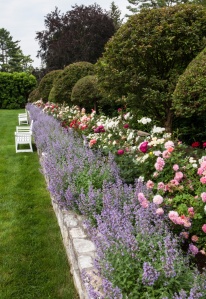 This Renoir is how I picture Nivea and Dare a few years into their marriage (should I have included a “spoiler alert”?)

One thought on “Dare to Love Extras”

The only tangible benefit Dare Landis has of finally claiming the title of Marquis of Raynsforth will be that the current marquis has finally gone to the Devil where he belongs.
Until then, Lord Landis will continue to enjoy life on his own terms…as a heartless rake who’s beholden to no one.
Nivea Horsham knows there’s more to Dare than he reveals to the world. She’s loved him since her older brother brought his ridiculously handsome friend home from school all those years ago. But getting him to notice her has proven to be an impossible endeavor.

Can Nivea shatter Dare’s carefully crafted facade and show him how to love?

Both manuscripts are completed and waiting for a publisher to snatch them up.

Catching a Pixie is a contemporary new adult novella. Lindsay, a graduate student at Roselle University in Delaware doesn’t have time for romance. But when she meets a handsome state trooper from New York, she can’t stop thinking about him. Too bad he lives four hours away–hardly a practical arrangement. Is their attraction strong enough to go the distance?

Counting on Him– Book 2 in Roselle Girls series

Gabby has had a crush on her best friend Lindsay’s brother for years. She could never resist Sean’s cute smile, wavy brown hair or gorgeous green eyes. But since he’s considered the charming screw-up in the family, with no prospects for the future, she’s never acted upon it.

That changes the night of Lindsay’s wedding. Sparks and clothing fly. And while the evening turns out even better than Gabby had hoped, there are unfortunate consequences.