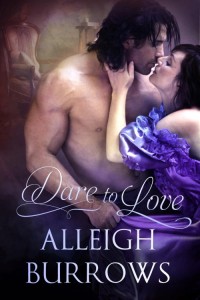 Seven years ago, I started my romance novel “Dare to Love.” I’d never written, let alone published, a novel before and I have no idea why I thought I could do it. I mean, how many people have the time, the commitment, and the patience  to go through with it?

For some reason, I did. It took me five years to write and two years to find a publisher. Then, almost a year ago, in November 2013, Lyrical Press gave me the green light. They wanted to publish my regency romance novel about Lord Dare Landis, a handsome heartless rake who treated women as interchangeable playthings. The novel takes place during a visit to the country home of his oldest friend, Lord Horsham, accompanied by Horsham’s younger sister Nivea. While there he learns that women, or more accurately the right woman does not lead to betrayal. Now Lord Landis must answer this question–does he dare to love?

I signed the contract with Lyrical (now owned by Kensington Press) in January and, 11 months later, it will finally be published as an ebook. Tomorrow. December 1, 2014. Unbelievable, really.

Now, I just have to wait to see if anyone buys it. I hope so. Because I have about five more book ideas swirling around in my head and I’d love to give each of the couples the opportunity to come to life.